Bet on yourself, but build for your people

What the world needs from you and your business will be drastically different going forward. Are you listening?

While scraping through this morning’s news, bleary-eyed, heavily un-caffeinated but awake enough to commit to staunch avoidance of all virus-related content, I stumbled on a timely article about an A-list actress. None other than Reese Witherspoon.

Perhaps you’ve come to admire her as I have for her role at the helm of one of the world’s most powerful (and only) female-founded, self-funded production companies, creating shows like HBO’s Big Little Lies, and the kind of magnetizing work not even Meryl Streep can keep her distance from.

The article tells of Reese’s storied career – a star by age 15 (The Man in the Moon), an indelible fixture by 23 (Election), household name by 25 (Elle Woods, Legally Blonde), Oscar winner at 29 (June Carter Cash, Walk the Line). Followed by, you guessed it, the swift brandishing as ‘washed up’ by the ripe age of 36.

The writer, Ann Patchett, describes how Reese had been unable to find roles she believed in – or the deep characters, rich stories, authentic casts and critical elements from which to build spectacular films around – and nor could they find her.

She describes how she lost herself and her career along the way, with her husband eventually pointing out the obvious. If she couldn’t find the roles she was looking for, she needed to create them herself.

Layer on the fact that she reads more than most of Hollywood combined, and Reese Witherspoon had the foundation for her very own films – brilliantly untapped and undiscovered novels, ripe for rewriting onto the screen.

The miraculous here, however, is not how Reese ‘Blew Up the Hollywood Boys’ Club,’ as the headline proclaims, nor her ability to “spin paper into gold.”

It is how she has since built an unshakeable empire by knowing exactly what her audience needed, full stop.

Which, as it turns out, was precisely what she too was deeply seeking, because she is them. Swap TV viewers for ‘customers’, and I believe we’re getting somewhere.

“What Witherspoon did was create a whole new playing field in Hollywood,” writes Patchett. “In making parts for herself, she found that she wanted to make parts for other women as well, women her age but also women who were older and younger, and women of colour. Because if she was having a tough time finding good roles, she could see that what they were facing was considerably harder.

“It’s the kind of thing the people in Holly­wood say. The difference is that Witherspoon is actually doing it, and her projects make money. Lots of money.

She went out to find water, then

called her friends so that together they could dig a well, lay a pipeline, and change the landscape.

It is the idea that if we narrow our focus to the needs of our people, our community, our customers, and relentlessly pursue the fulfilment of these needs, we are serving a much greater, much more sustainable need than our own or that of our current business and bottom line.

In a time where the hardship has never been more real, many of us have been given one small silver lining through the gift of time.

Never before has the collective entrepreneurial masses been given a chance to stop, breathe, and reset. To reimagine their business now, and going forward. And to do it from a place of filling a new and evolved need, not the status quo.

If you’re going to bet, without a doubt, bet on yourself. Double down on building exactly what it is your customers are asking for. Better yet, do it before they even ask.

Be their solution, their partner, their hallelujah.

Read the full article, you won’t regret it. 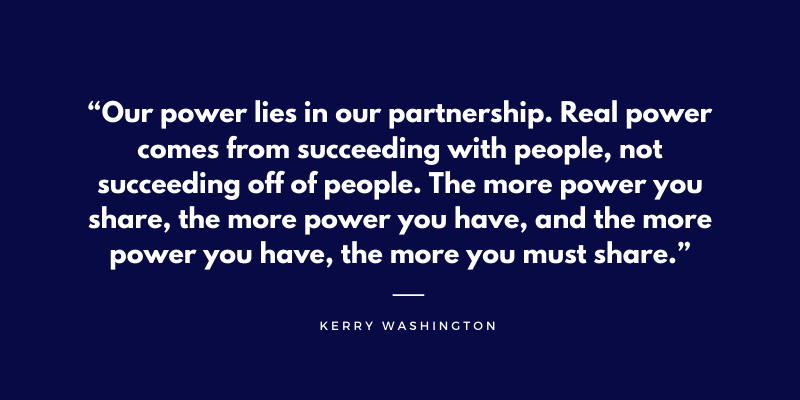 « Grow Your Online Business, never look back – #GYOB is here

Ready to finally speak the language of search engine optimization, and see a huge rise in your search ranking as a result? Look no further.

SEO Made Simple – No Empty Promises or Overwhelm in Sight

We’re back in class, baby, and we couldn't be more excited to announce our Winter 2021 LIVE programs, with plenty of ways to get you schooled and strategized on all things social. Learn more and grab a seat while they last!

Facebook’s Very Bad Week, and the Thing we Know for Sure

Social platforms cannot hide from their increasingly imperative responsibility to protect and foster user wellbeing above shareholder profit. Nor can brands continue to distance themselves from the very real issues at hand, as their audiences will permanently distance themselves in return.

Tell your story, or someone else will.